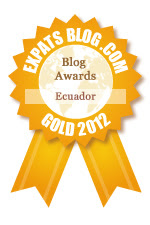 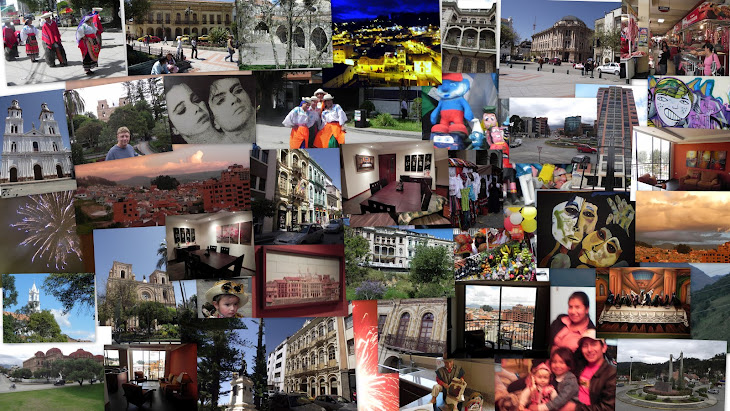 Enclosed is a potpourri of photos from this year's Pase del Nino Parada. The annual parade begins at Feria-Libre Mercado, makes it way north on Avenida Americas to the circle at Gran Columbia, from there it heads down the main parade route of Gran Columbia and continues all the way to San Blas Church and Square on the north side of town.  The parade route is approximately four to five miles long, and meanders its way through the heart of El Centro, the historic district of Cuenca.

Participants generally are actively involved in the parade for approximately two hours, although the parade begins about 9:00 a.m. and continues until 4:00 or 5:00 p.m. before all the floats, dancers, and horse riders have participated.  Participants come from all over Ecuador.  Almost every cultural group in the country is represented.  Many of the costumes are hand-made, and the exotic decorations on the floats and cars, with their vivid colors and that of the costumes are a glory in themselves.

The parade officially began at 10:00 a.m. at the Corazón de Jesús church (Church of the Sacred Heart of Jesus) on Gran Colombia. Cuenca’s Archbishop Luis Gerardo Cabrera carried the Traveling Child statue of the infant Jesus to an altar erected at the main entrance of the church. The entire Christmas Eve parade is in honor of the infant Jesus.  Once the image of the infant was placed, the commanding general of the Ecuadorian army commended the commitment and dedication of the nuns of the Carmen de la Asunción convent, who care for the original Traveling Child statue and oversee its ornamentation in the weeks prior to the parade.  I was told that the soldiers who make up the procession and dedication of the Christ child must be in the military for at least ten years to serve as the honor guard, in which they wear 19th century uniforms for this and other celebrations.  (You will see a photo of the honor guard.)

The Pase del Nino Parada is my favorite event of the year in Cuenca, with approximately 50,000 participants in the parades; and folks from many parts of Ecuador and the world, who take in the sites and watch the parade, it definitely provides an opportune time to visit Cuenca.  I especially enjoy the parade because it is by no stretch of the imagination a big corporate affair like Macy's.  This parade is a different kind of extravaganza, which primarily features the children and families, and is quite fitting in light of the fact that it is held to honor the Infant Jesus.  It is very easy to move about the floats to take photos, and to interact with the float participants who are more than happy to pose for pictures.  Drinks of traditional juices are handed out to the people, flower petals and candy are thrown, and food vendors are to be found everywhere.  Enjoy, if only vicariously, until you can come and visit Cuenca.

Merry Christmas and Happy New Year to You All!

https://photos.google.com/album/AF1QipOfz9o3_W92z5UgcdWmpnY8CiiEncneF9IVKUDY
Posted by Jim at 10:30 PM

This being the beginning of Holy Week, I listed below two links to two of my past posts, one link which is for those who wish to know more a...